After the Making Time I workshop of participatory timeline research, we were left with a large board pinned with colourful bits of paper marking the numerous contributions of international and local events, cultural activities, dates, names, organisations and so on. We also had an open session as part of Raven Row’s Open Weekend on 4 & 5 May where visitors could pop in and add a marker if they wished.

Since then we have organised the markers into thematics to enable us to ‘see’ the timeline more effectively. These thematics include international events, law & politics, economy & labour, activism & art. By reshuffling these colour markers, it revealed intriguing gaps as well as fascinating clusters of proximities that suggest relatedness.

For the second workshop we invited artist and researcher Jack Tan to lead our next session and focus our attention on the evolution of British law & policy in relation to Asian diasporas and wider POC communities, focusing on immigration & enforcement law and race relations & equalities law. Jack led with several case studies, such as the expulsion and migration of East African Asians in the 60s leading to the restrictive Commonwealth Immigrants Act 1968. These legal narratives demonstrated how the personal and the political are intertwined via the legal, and in the political-legal events, it was possible to trace the presence of South/East/Southeast Asian forgotten events and figures.

British Wives of Chinese Seamen defence association, an unsuccessful attempt to stop the compulsory repatriation of Chinese seamen in Liverpool 1946 (another precursor to the Windrush Scandal and many other examples of forced deportation) after two successful strikes by Chinese unions for equal pay.

Foot and Mouth China Town Strike and Rally 2001, including food businesses from Glasgow, Manchester and London, seeking accountability from the Ministry of Agriculture for spreading racist rumours that Chinese businesses were the source of the Foot and Mouth epidemic.

The many many hidden histories of WWI and WWII including the erased contribution of Chinese merchant navy and soldiers including French Indo Chinese, Punjabi and Nepalese Gurkhas.

Also of interest was the 1964 Smethwick elections where against the trend of rising Labour support, the Conservative candidate for Smethwick won with a overtly racist campaign spouting slogans such as “If you want a nigger for a neighbour vote Labour.” It is also interesting that not long after was introduced the 1965 Race Relations Act which prohibited discrimination in the ‘public space’, which we also noted acted as a legal band-aid on symptoms of racism but was not directed towards eradicating racism as an attitude or approach, nor prevented expressions of racism in the ‘private space.’ 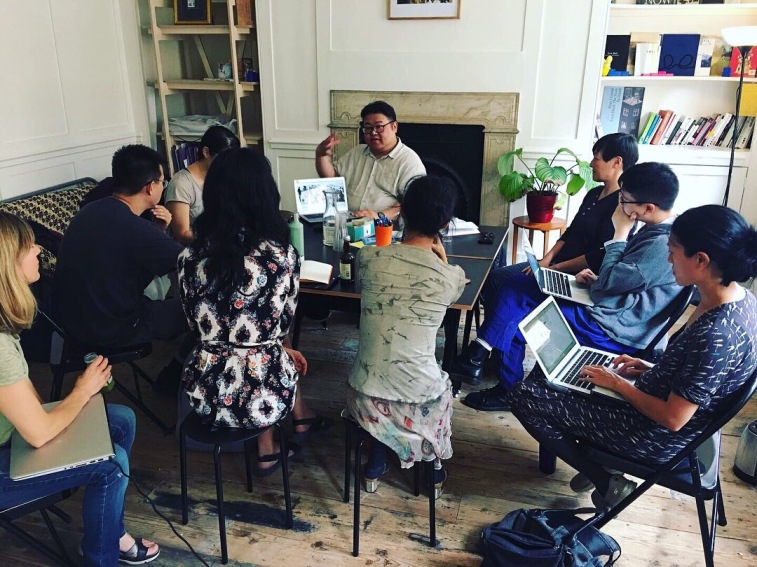 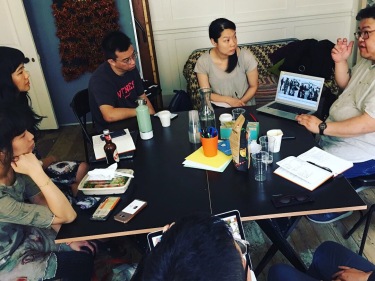 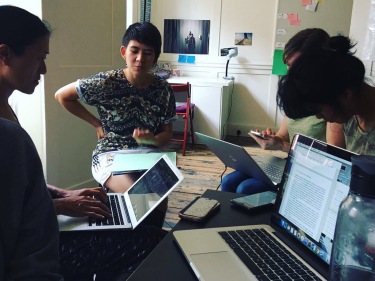 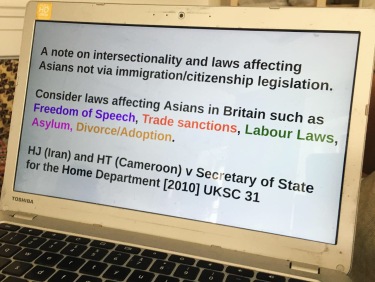 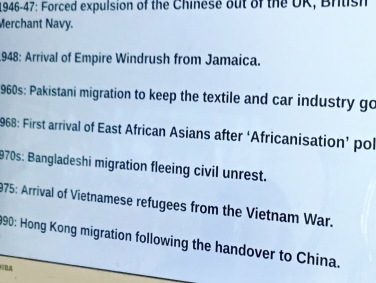 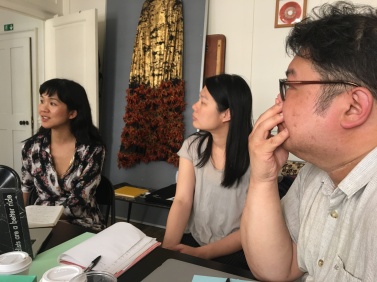 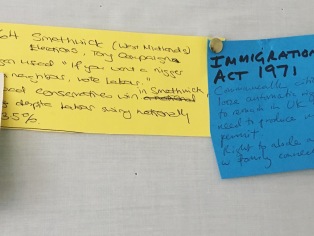 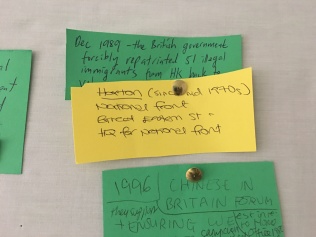 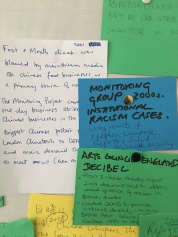 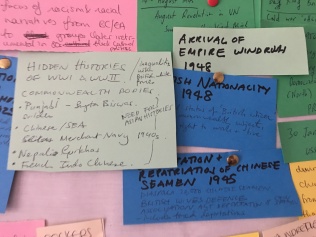